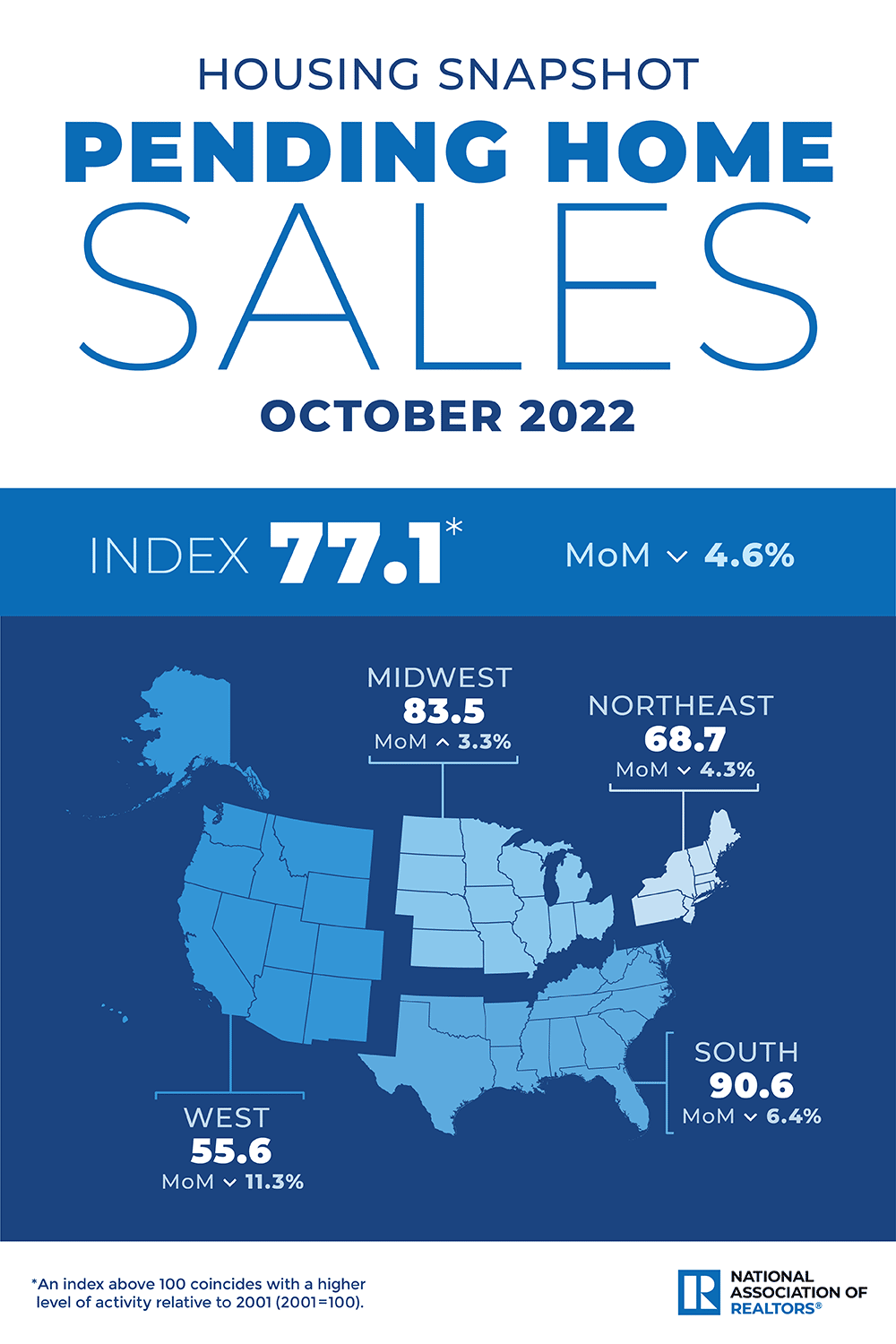 Pending-home sales fell for the fifth month in a row in October, posting a 4.6% decline on top of September’s 10.2% drop, the National Association of REALTORS® reported, citing its Pending Home Sales Index.

Year over year, sales were down 37%. Pending sales, in which the contract has been signed but the transaction has not closed, are considered a leading indicator and generally precede existing-home sales by a month or two.

“October was a difficult month for homebuyers as they faced 20-year-high mortgage rates,” NAR Chief Economist Lawrence Yun said in a press release. “The West region, in particular, suffered from the combination of high interest rates and expensive home prices. Only the Midwest squeaked out a gain. The upcoming months should see a return of buyers, as mortgage rates appear to have already peaked and have been coming down since mid-November.”

Regionally, pending sales in the West fell 11.3% compared to September, while they slid 6.4% in the South and 4.3% in the Northeast. Sales rose 3.3% in the Midwest.

“Even so, the housing industry is not through the storm yet,” Kushi said. “Rates will remain high and could even move higher until there is sustained evidence that inflation is receding. Higher mortgage rates keep buyers and sellers on the sidelines.”