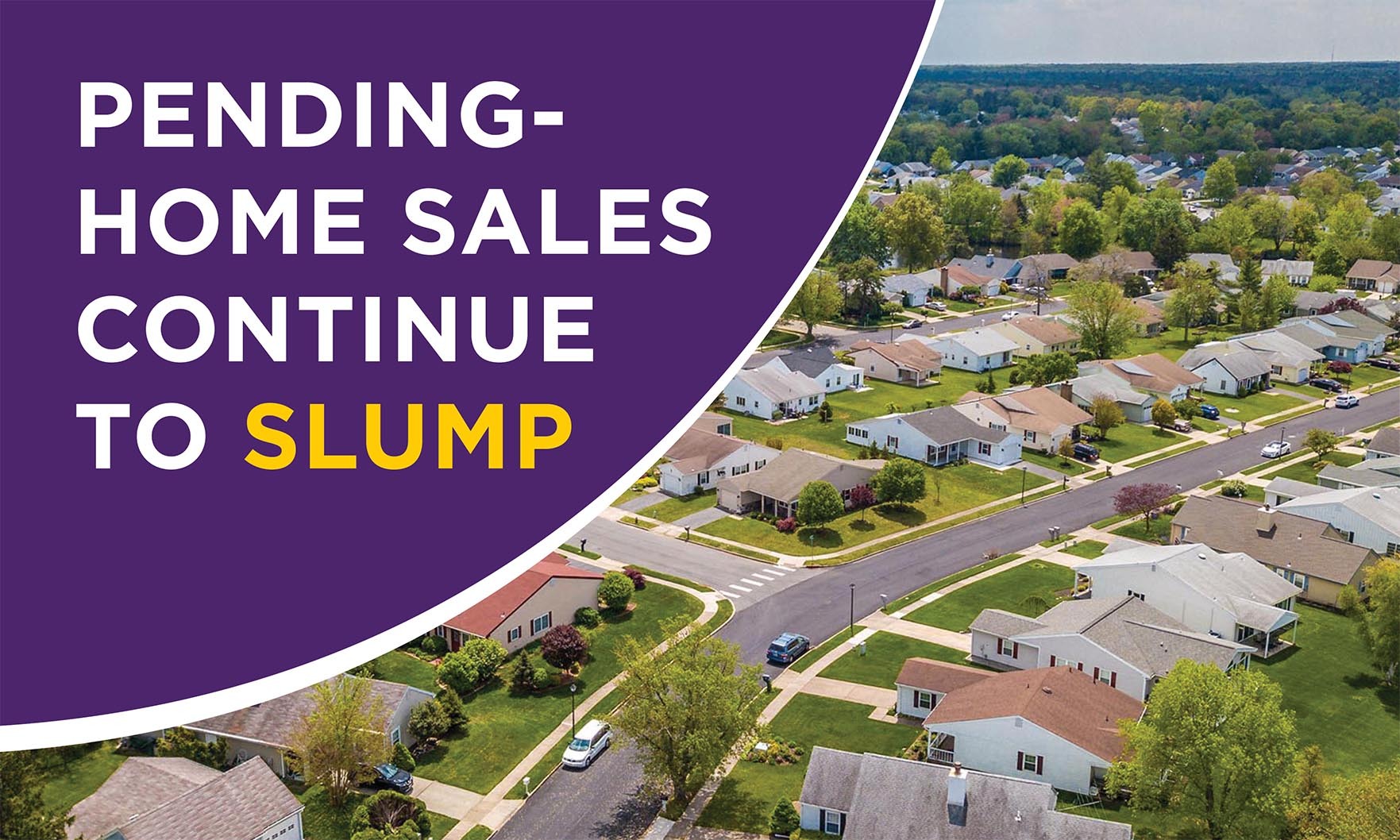 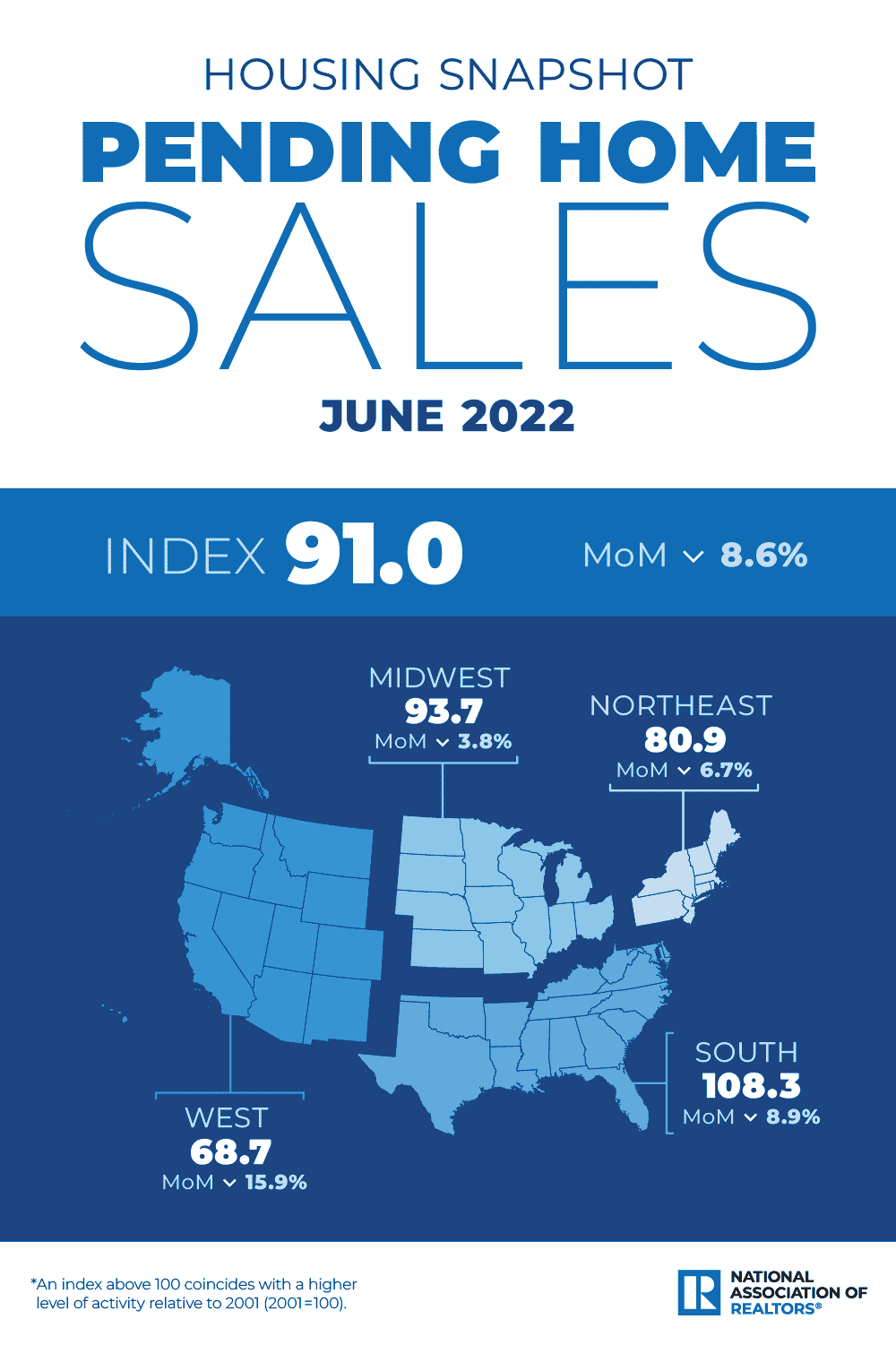 Pending-home sales returned to negative territory in June after a surprise uptick in May that broke a six-month streak of monthly declines, the National Association of REALTORS® reported, citing its Pending Home Sales Index.

Pending sales fell 8.6% compared to May and dropped 20% compared to June 2021. Pending sales, in which the contract has been signed but the transaction has not closed, are considered a leading indicator and generally precede existing-home sales by a month or two.

“Contract signings to buy a home will keep tumbling down as long as mortgage rates keep climbing, as has happened this year to date,” NAR chief economist Lawrence Yun said in a press release. “There are indications that mortgage rates may be topping or very close to a cyclical high in July. If so, pending contracts should also begin to stabilize.”

A home purchase in June cost about 80% more than it did in June 2019, NAR said, adding that almost one in four buyers who purchased a home three years ago couldn’t do so today because they no longer earn the qualifying income needed to purchase a median-priced home.

All four geographic regions saw decreases in contract activity from the previous month, led by the West, with a 15.9% drop, followed by the South, with an 8.9% decline, the Northeast, with a 6.7% slide, and the Midwest, with a 3.8% decrease.

Citing NAR’s latest projection, Yun expects home sales to close the year 13% lower. However, he noted, if mortgage rates stabilize near 6% and job creation remains steady, home sales could resume their ascent by early next year.