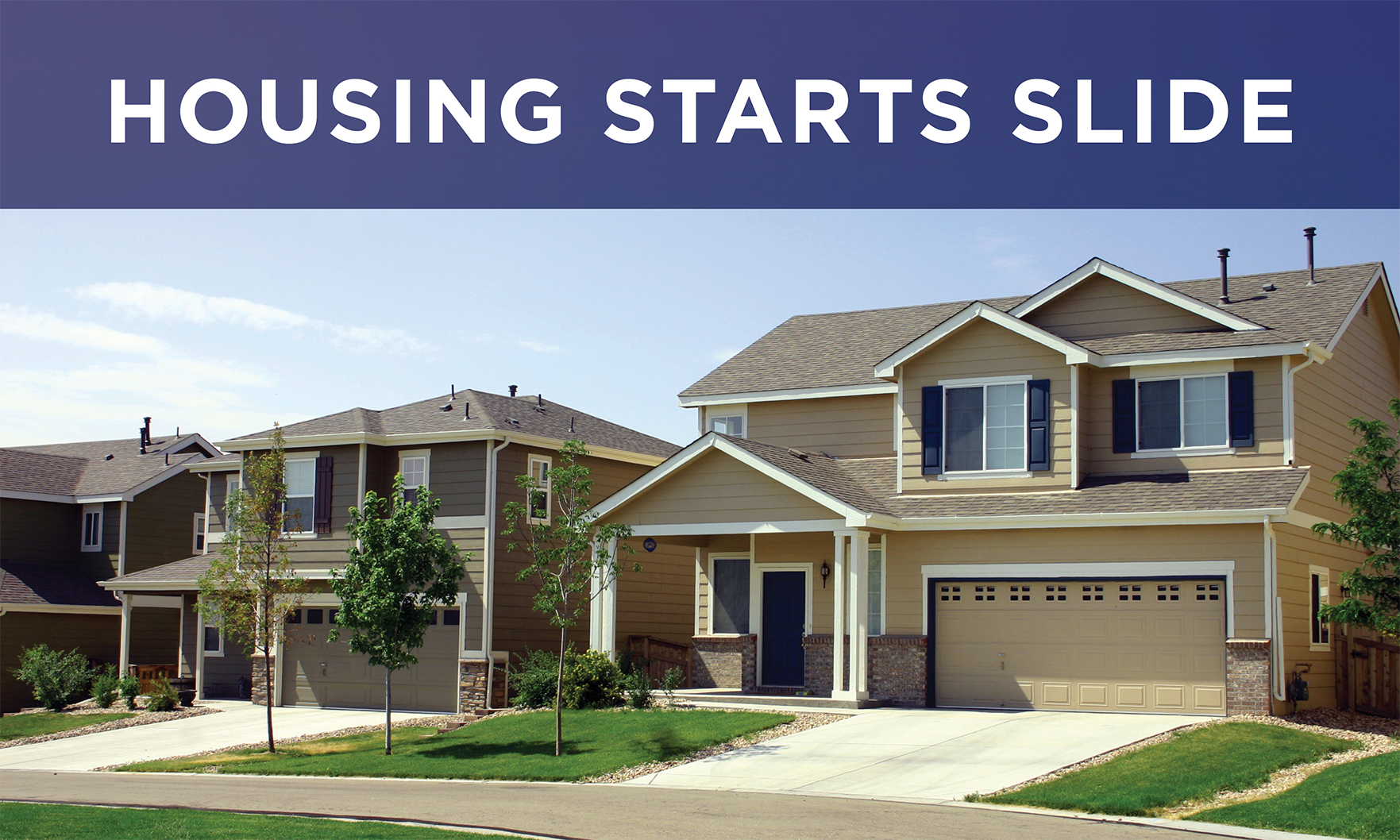 New residential construction fell 2% in June, as single-family starts fell for the fourth month in a row, the U.S. Census Bureau and the U.S. Department of Housing and Urban Development said in a press release.

Altogether, the combined construction pace of single-family homes and buildings with five or more units was down 6.3% year over year, at 1,559,000 units.

The seasonally adjusted annual rate for privately owned housing units authorized by building permits was at 1,685,000 in June, down 0.6% from May and up 1.4% from a year earlier.

“There is a lot of uncertainty around future conditions, and the lingering possibility of a recession has caused both builders and buyers to take a temporary ‘pause’ as they adjust to the evolving market,” RCLCO Real Estate Consulting principal Kelly Mangold said. “However, the housing market is not oversupplied like it was in 2008, and so there are many reasons to retain a positive outlook within the for-sale market.”

By region, single-family new home construction was down across most of the U.S. On a month-over-month basis, it fell 25.4%, 12.7% and 2.9% in the West, Northeast and South, respectively, while it rose 2.1% in the Midwest.