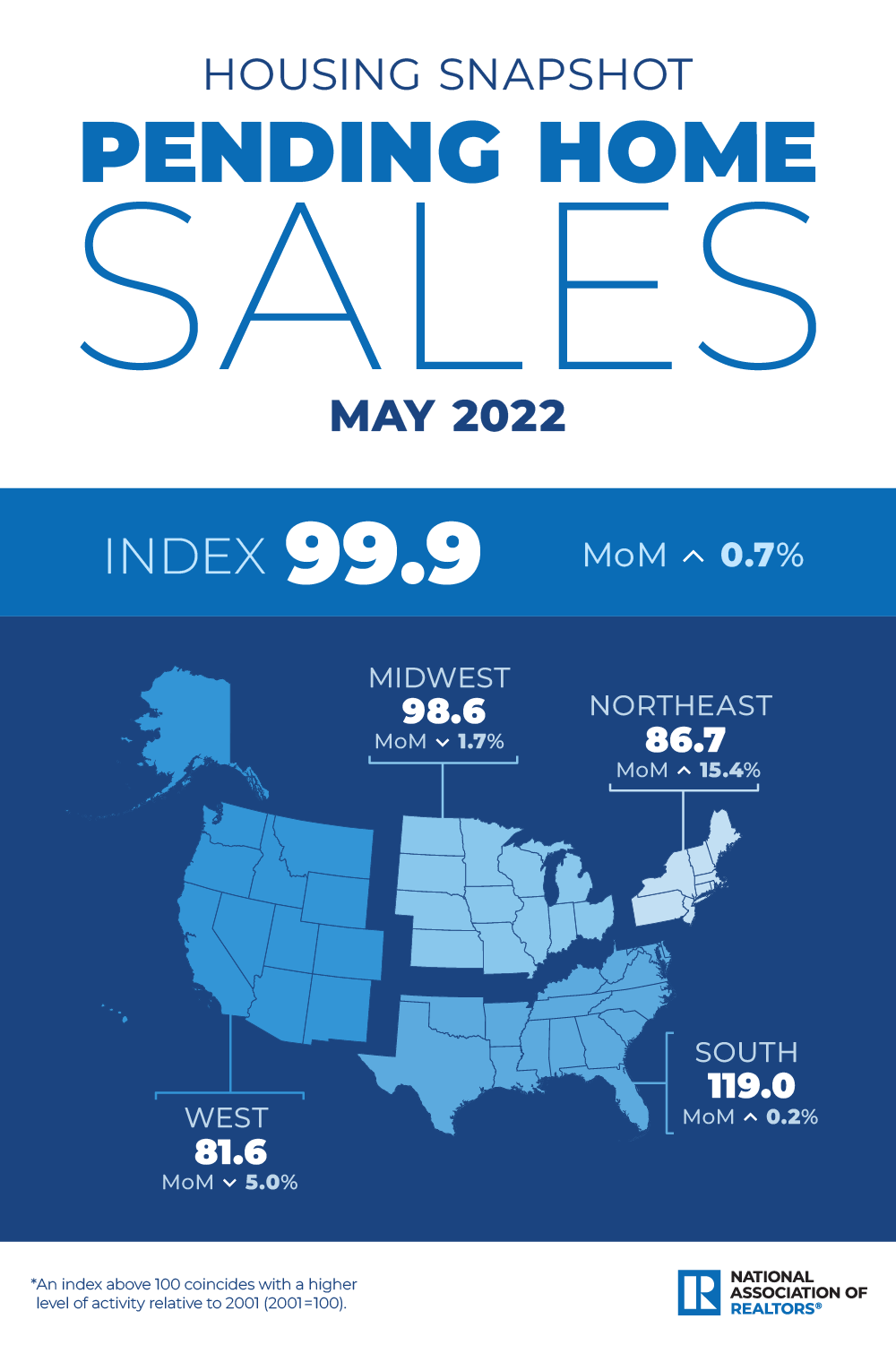 Pending sales, in which the contract has been signed but the transaction has not closed, are considered a leading indicator and generally precede existing-home sales by a month or two. They rose 0.7% on a monthly basis last month and 13.6% on an annual one, according to a press release.

Despite the monthly gain, the housing market is “clearly undergoing a transition” because of higher mortgage rates, NAR chief economist Lawrence Yun said.

Based on the median single-family home price and a 10% down payment, the average monthly mortgage payment has increased by about $800 since the beginning of the year due to increased mortgage rates, which have climbed by 2.5 percentage points during that time, NAR said.

“Trying to balance the housing market by choking off demand via higher mortgage rates is damaging to consumers and the economy,” Yun added. “The better way to balance the market is through increased supply, which also helps the broader economy.”

“Declining affordability is weighing on homebuyers, but demographic headwinds will continue to drive demand,” she said. “The bigger problem may be the ongoing lack of housing supply. Existing homes make up approximately 90% of inventory, but existing homeowners are staying put. … Fewer existing homeowners selling means fewer homes for sale and, ultimately, fewer sales.”

Two of the four geographic regions saw decreases in contract activity from the previous month, led by the West, with a 5% drop, and followed by the Midwest, with a 1.7% decline. Pending sales jumped 15.4% in the Northeast and inched 0.2% higher in the South.

“The largest decline in contract activity was observed in the West region, where homes are the most expensive,” Yun said. “This further indicates the growing need to increase supply to tame home-price growth and improve the chances of ownership for potential homebuyers.”