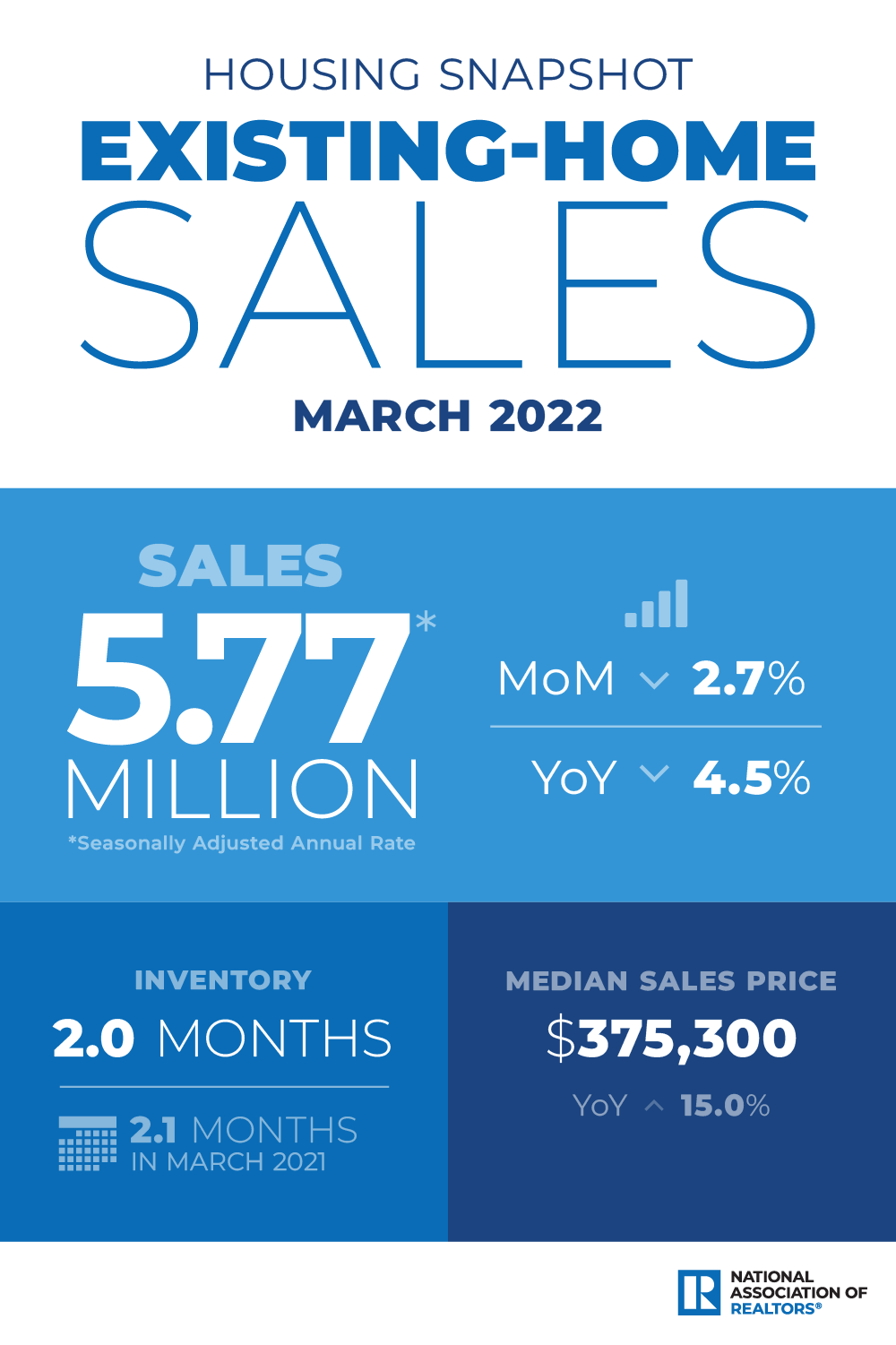 Existing-home sales fell for the second month in a row in March as rising prices and interest rates sapped purchasing power, the National Association of REALTORS® said.

Total existing-home sales, which are completed transactions, including single-family homes, townhomes, condominiums and co-ops, slid 2.7% from February to a seasonally adjusted annual rate of 5.77 million in March. Year over year, sales were down 4.5% from 6.04 million transactions in March 2021.

The median existing-home price for all housing types in March was $375,300, up 15% from a year before, as median prices rose in each region.

March’s unsold inventory represented a 2-month supply at the current sales pace, up from 1.7 months in February and down from 2.1 months a year ago.

“The housing market is starting to feel the impact of sharply rising mortgage rates and higher inflation taking a hit on purchasing power,” NAR chief economist Lawrence Yun said in a press release. “Still, homes are selling rapidly, and home-price gains remain in the double-digits.”

Despite the speedy pace of sales, Yun expects transactions to fall 10% this year, while home prices will rise a relatively modest 5%.

“Home prices have consistently moved upward as supply remains tight,” Yun said. “However, sellers should not expect the easy-profit gains and should look for multiple offers to fade as demand continues to subside.”

By property type, single-family home sales slid to a seasonally adjusted annual rate of 5.13 million, down 2.7% from 5.27 million in February and down 3.8% from a year earlier. The median existing single-family home price was $382,000, up 15.2% on a year-over-year basis.

“It appears first-time homebuyers are still looking to lock in at current mortgage rates before they inevitably increase,” Yun said, and noted an uptick in the share of buyers paying in cash. “With rising mortgage rates, cash sales made up a larger fraction of transactions, climbing to the highest share since 2014.”