Existing-home sales swing back to negative territory in February 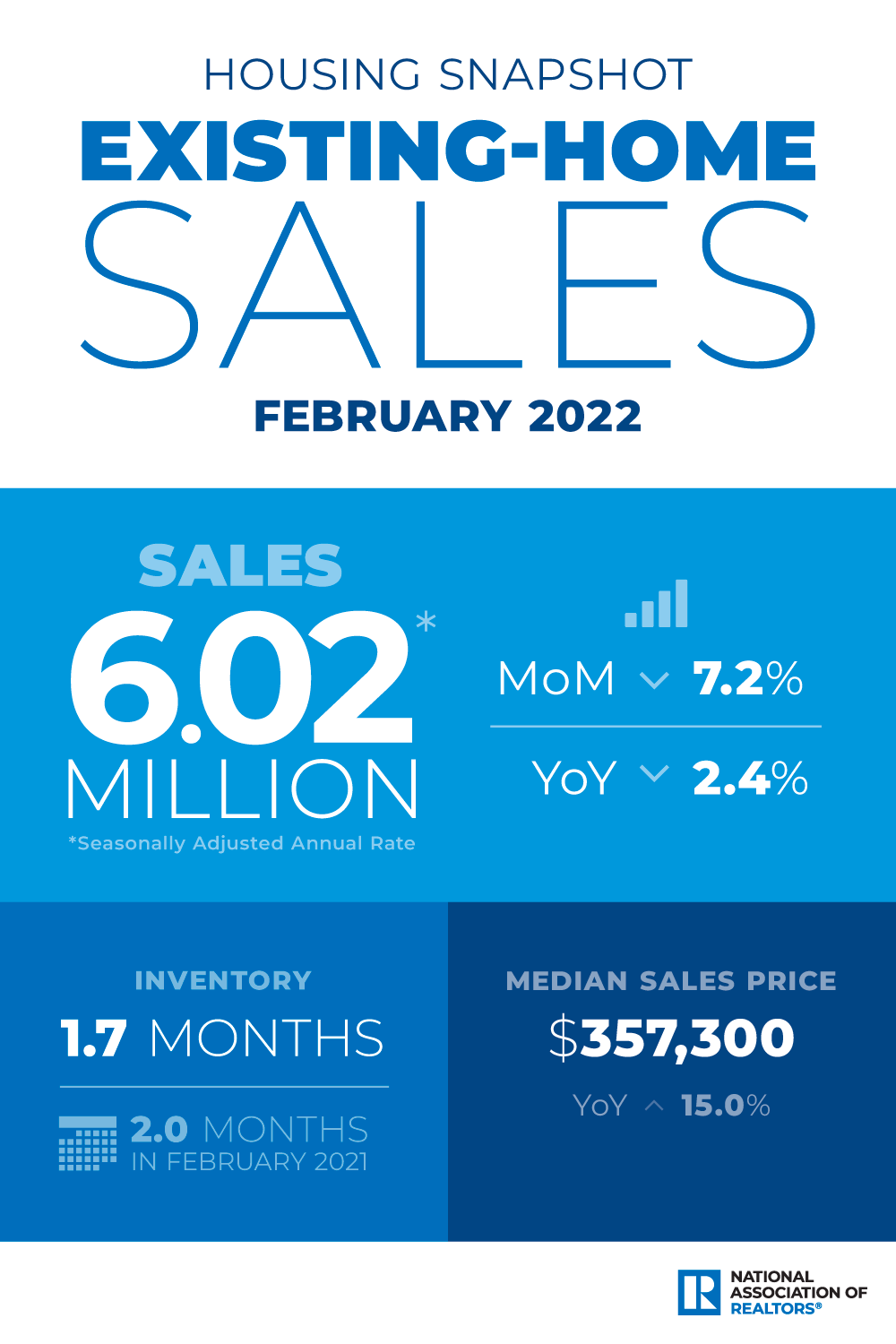 Existing-home sales fell in February after increasing in January, while the inventory of unsold properties rose from a historic low the month before, the National Association of REALTORS® said.

Total existing-home sales, which are completed transactions, including single-family homes, townhomes, condominiums and co-ops, fell 7.2% from January to a seasonally adjusted annual rate of 6.02 million in February. Year over year, sales were down 2.4% from 6.17 million transactions in February 2021.

The median existing-home price for all housing types in February was $357,300, up 15% from a year before, as median prices rose in each region.

Total housing inventory at the end of last month stood at 870,000 units, up 2.4% from January and down 15.5% from a year earlier. January’s unsold inventory represented a 1.7-month supply at the current sales pace, up from 1.6 months in January and two months a year ago.

“Housing affordability continues to be a major challenge, as buyers are getting a double whammy: Rising mortgage rates and sustained price increases,” NAR chief economist Lawrence Yun said in a press release. “Some who had previously qualified at a 3% mortgage rate are no longer able to buy at the 4% rate.”

“The sharp jump in mortgage rates and increasing inflation is taking a heavy toll on consumers’ savings,” Yun said. “However, I expect the pace of price appreciation to slow as demand cools and as supply improves somewhat due to more home construction.”

By property type, single-family home sales rose to a seasonally adjusted annual rate of 5.35 million, down 7% from 5.75 million in January and down 2.2% from a year earlier. The median existing single-family home price was $363,800, up 15.5% on a year-over-year basis.

By major U.S. region, sales of existing homes were down across the board on a month-over-month basis, led by the Northeast, where they dropped 11.5%, and the Midwest, where they fell 11.3%, followed by the South with a 5.1% decline and the West with a 4.7% decrease.

Mortgage payments up 15% since mid-August