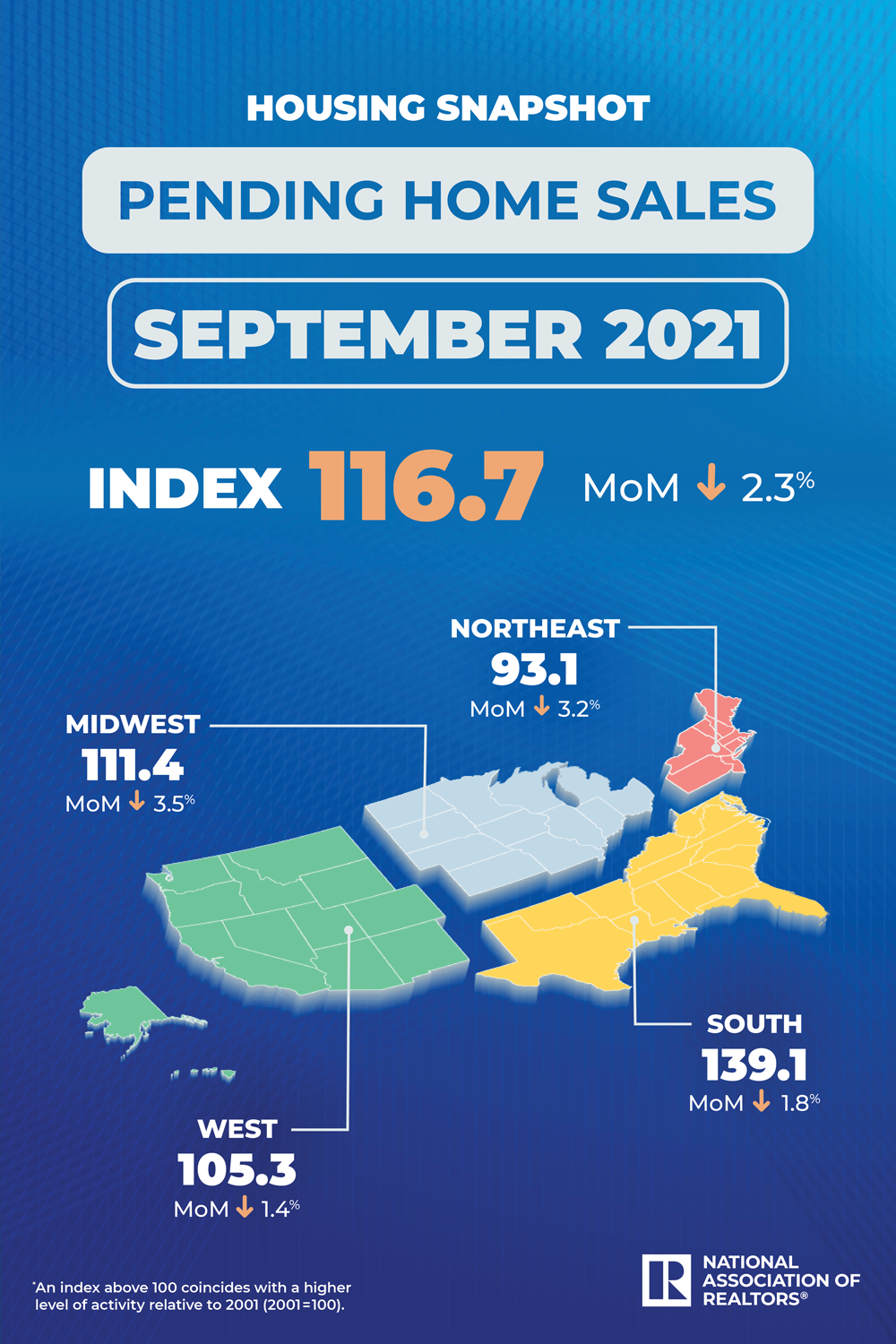 September pending-home sales slid 2.3% on a monthly basis after a rise in August reversed two months of declines, the National Association of Realtors reported, citing its Pending Home Sales Index.

Year over year, contract signings were down 8%.

“Contract transactions slowed a bit in September and are showing signs of a calmer home-price trend, as the market is running comfortably ahead of pre-pandemic activity,” NAR chief economist Lawrence Yun said in a press release. “It’s worth noting that there will be less inventory until the end of the year compared to the summer months, which happens nearly every year.”

All four geographic regions saw declines in contract activity last month, led by the Midwest, which clocked a 3.5% slide from August, and the Northeast, where signed contracts dipped 3.2%. Pending transactions fell 1.8% in the South and 1.4% in the West.

Compared to last year, the Northeast had the largest drop in the PHSI, with an 18.5% decrease, followed by the West, with a 7.2% slide. The Midwest and South both saw declines of 5.8%.

NAR’s chief economist said some potential buyers have paused their home searches for now and plan to resume hunting in 2022, with expectations of a rising inventory.

“Rents have been mounting solidly of late, with falling rental vacancy rates,” Yun said. “This could lead to more renters seeking homeownership in order to avoid the rising inflation, so an increase in inventory will be welcomed.”

“Looking ahead, inventory has started to fall as we approach the end of the year, and nominal house price growth continues to outpace house-buying power, especially as rates rise, resulting in declining affordability,” First American Deputy Chief Economist Odeta Kushi said. “However, rising household income limits the negative impact that higher rates will have on house-buying power.”