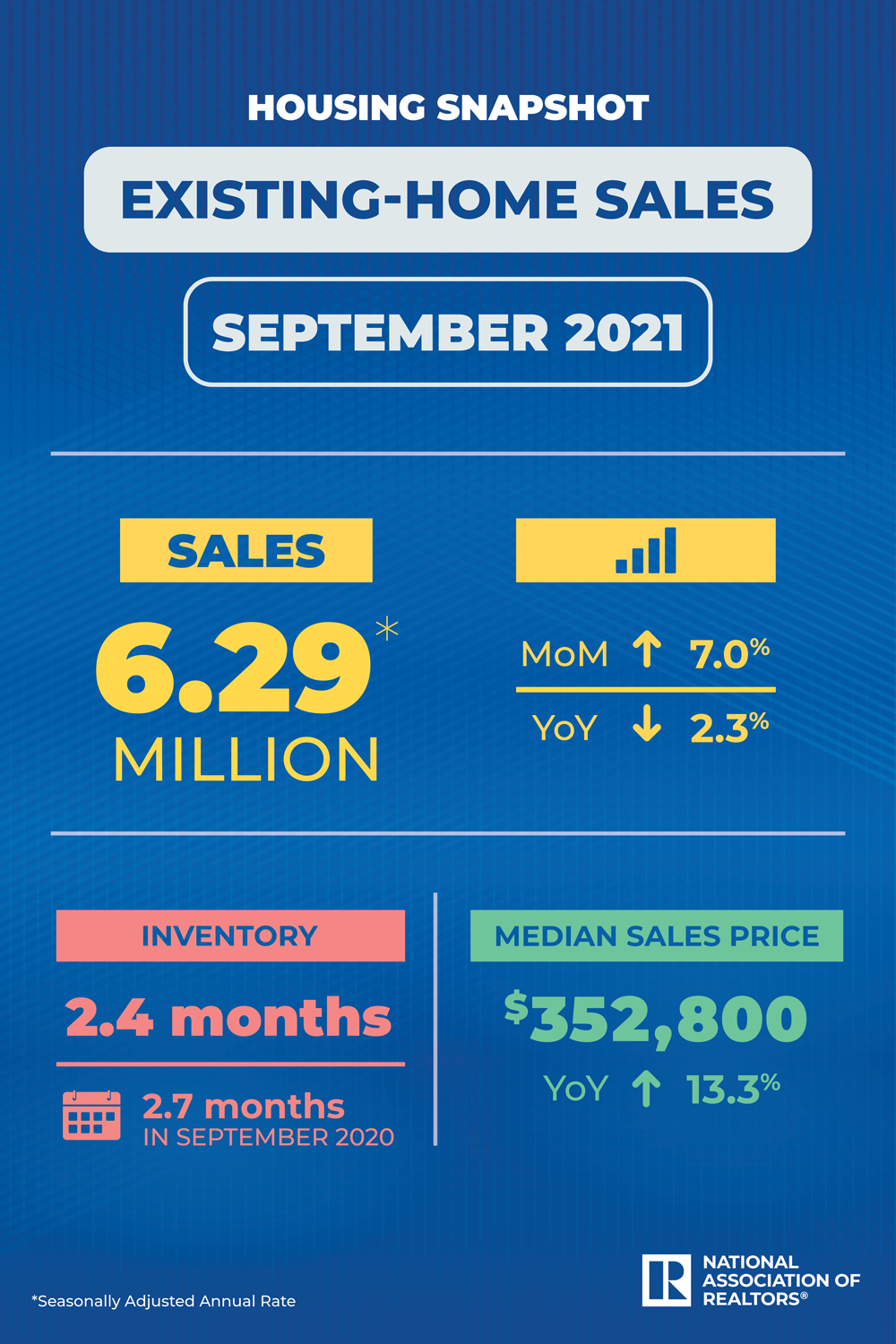 Existing-home sales returned to positive territory in September, as the median price also posted a month-over-month gain, the National Association of Realtors said.

Total existing-home sales, which are completed transactions including single-family homes, townhomes, condominiums and co-ops, jumped 7% from August to a seasonally adjusted annual rate of 6.29 million in September. Year over year, however, sales slid 2.3% from 6.44 million transactions in September 2020.

The median existing-home price for all housing types in September was $352,800, up 13.3% on an annual basis, as every region in the country registered price increases. The increase marks 115 straight months of year-over-year gains, the NAR said in a press release.

“Some improvement in supply during prior months helped nudge up sales in September,” NAR chief economist Lawrence Yun said in the release. “Housing demand remains strong as buyers likely want to secure a home before mortgage rates increase even further next year.”

The average commitment rate for a 30-year, conventional fixed-rate mortgage was 2.90% in September, down from 2.84% in August, NAR said, citing Freddie Mac.